The AeroAstro undergraduate engineering education model motivates students to master a deep working knowledge of the technical fundamentals while providing the skills, knowledge, and attitude necessary to lead in the creation and operation of products, processes, and systems.

The AeroAstro graduate program offers opportunities for deep and fulfilling research and collaboration in our three department teaching sectors and across MIT. Our students work side-by-side with some of the brightest and most motivated colleagues in academia and industry.

Upon leaving MIT, our students go on to become engineering leaders in the corporate world, in government service, and in education. Our alums are entrepreneurs who start their own businesses; they are policy-makers shaping the direction of research and development for years to come; they are educators who bring their passion for learning to new generations; they are researchers doing transformative work at the intersection of engineering, technology, and science. 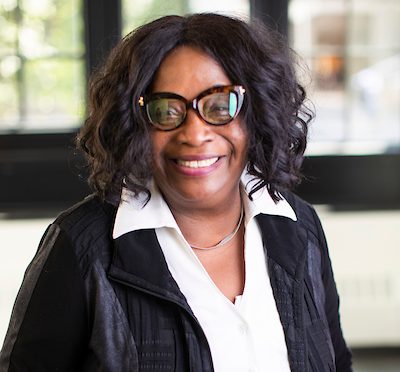 The department’s faculty are organized into three sectors of instruction. Typically, a faculty member teaches both undergraduate and graduate subjects in one or more of the sectors. View the latest Course 16 subject listings (via MIT’s Registrar Office.)

The Air Sector is concerned with advancing a world that is mobile, sustainable, and secure. Achieving these objectives is a multidisciplinary challenge spanning the engineering sciences and systems engineering, as well as fields such as economics and environmental sciences.

Air vehicles and associated systems provide for the safe mobility of people, goods, and services covering urban to global distances. While this mobility allows for greater economic opportunity and connects people and cultures, it is also the most energy-intensive and fastest-growing form of transportation. For this reason, much of the research and teaching in the Air Sector is motivated by the need to reduce energy use, emissions, and noise. Examples of research topics include improving aircraft operations, lightweight aerostructures, efficient engines, advanced aerodynamics, and quiet urban air vehicles. Air vehicles and associated systems also provide critical national security and environmental observation capabilities. As such research and teaching in the sector are also concerned with topics including designing air vehicles for specialized missions, high-speed aerodynamics, advanced materials, and environmental monitoring platforms.

The design, development, and operation of space systems require a depth of expertise in a number of disciplines and the ability to integrate and optimize across all of these stages. The Space Sector faculty represent, in both research and teaching, a broad range of disciplines united under the common goal to develop space technologies and systems for applications ranging from communications and earth observation, to human and robotic exploration. The research footprint of the sector spans the fundamental science and the rigorous engineering required to successfully create and deploy complex space systems. There is also substantive research engagement with industry and government, both in the sponsorship of projects and through collaboration.

Most aerospace systems critically depend upon and continue to be transformed by, advances in computing. The missions of many aerospace systems are fundamentally centered on gathering, processing, and transmitting the information. Examples, where computing technologies are central, include communication satellites, surveillance and reconnaissance aircraft and satellites, planetary rovers, global positioning satellites, transportation systems, and integrated defense systems. Aerospace systems also rely on computing-intensive subsystems to provide important onboard functions, including navigation, autonomous or semi-autonomous guidance, and control, cooperative action (including formation flight), and health monitoring systems. Furthermore, almost every aircraft or satellite is one system within a larger system, and information plays a central role in the interoperability of these subsystems. Equally important is the role that computing plays in the design of aerospace vehicles and systems.

Faculty members in the Computing Sector teach and conduct research on a broad range of areas, including guidance, navigation, control, autonomy and robotics, space and airborne communication networks, air and space traffic management, real-time mission-critical software and hardware, and the computational design, optimization, and simulation of fluid, material, and structural systems. In many instances, the functions provided by aerospace computing technologies are critical to life or mission success. Hence, uncertainty quantification, safety, fault-tolerance, verification, and validation of large-scale engineering systems are significant areas of inquiry.

The Computing Sector has linkages with the other sectors through a common interest in research on autonomous air and space operations, methodologies for large-scale design and simulation, and human-automation interactions in the aerospace context. Moreover, the sector has strong links to the Department of Electrical Engineering and Computer Science and the Schwarzman College of Computing (through the Institute for Data, Systems, and Society, and the Center for Computational Science and Engineering) through joint teaching and collaborative research programs.

Victoria is helping to design robots that can independently navigate to sites where they can take samples or measurements that will be most useful to environmental scientist.

Humberto’s childhood love of airplanes and space travel led him to MIT. He started as an undergraduate and is now a PhD candidate.

On July 1, 2021, Annalisa began her one-year term as president of the MIT Alumni Association.